These are before and after digital visualizations mostly viewing from the Governors Island historic district based on development height and density allowed by the 2021 rezoning on Governor’s Island.
They were produced by the Environmental Simulation Center using a 3D modeling application created by George Janes Associates.

The first 2 images are screenshots from the George Janes Associates online 3D modeling application.
– Image one is from the south looking north.
– Image two is looking east from the western edge of the ‘open space subarea'(park) where permitted development would rise over three times higher than 70 foot ‘Outlook Hill’ (at lower right) and block eastern vistas.

Down a PDF version HERE. (High resolution version upon request.) 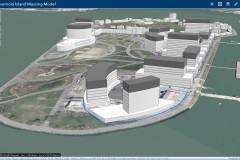 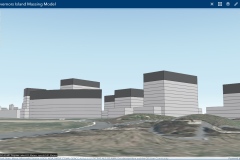 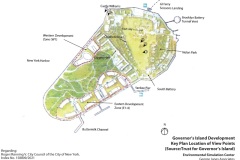 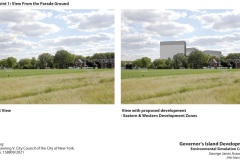 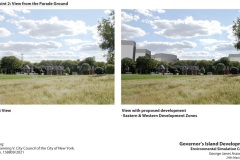 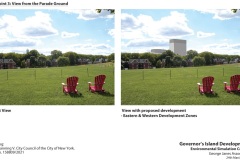 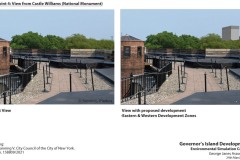 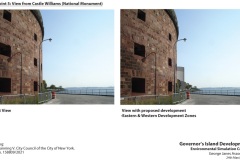 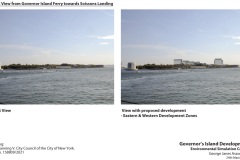 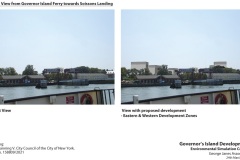 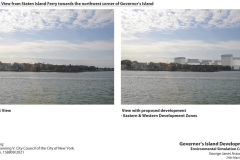 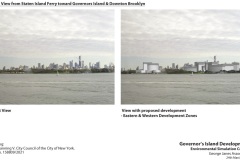